Being on TV was on my bucket list. Every once in a while I'd check HGTV and other networks to see if they had any shows I'd like to do. Renovation Realities on the DIY network was something that allowed me to be on a show without a designer telling me what to do in the space. So we interviewed and they agreed to come film us for 5 days while we did our thing.

So on spring break of this last year, a producer, sound and camera guy came to work with us. They were seriously some of the coolest people I've met. By the end of the week we were all laughing so hard, it's a miracle we got any work done. Yes, quite a few scenes were "enhanced" in the drama department. It's reality television, it has to be interesting, right? I knew the way they edit it could make me look like a totally crazy person but it wasn't that bad.  Anyways, I'm sure you want to get to the details so here goes. Here is what the great room looked like right when we bought the house. 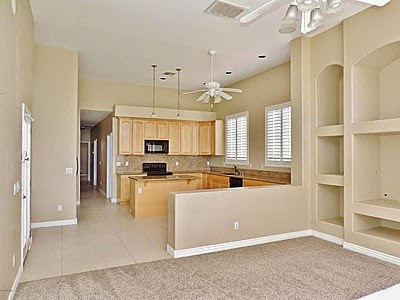 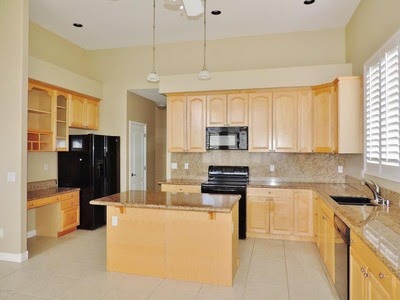 The first day of the renovation was all demolition and the concrete counter top. Ideally, we would have poured the counter top in place but that wasn't really an option since we hadn't even built the island yet, not to mention the floors weren't down. And we needed at least 3 days for the concrete to dry. The concrete mix we got was a specially formulated powder that is specifically for counters from Lowes. It dries faster, harder, and sturdier making it ideal for our job. I ordered the egg and dart mold for the edge from THIS Utah based company. We then built the mold, finish nailed the rubber edging on, caulked it and then sprayed the crap out of it with cooking spray. Butter flavored ;) (If you saw the show, you know this didn't work. I'll explain later how we finally got the concrete to work for us.)

Then we beat up a ton of stuff. I wish I would have taken pictures while we were doing it, but I guess you have a whole episode showing you those. Demo was my favorite part. I love breaking crap. There is something so therapeutic about hitting things with a sledgehammer. After the carpet, tile, built ins, and island were up, it was time for us to put up drywall and mud. This was by far  the CRAPPIEST part. I normally would have hired this part out, but.... you know, we had to.

After that was laying the flooring. I've talked about this on my IG a lot but here it is for you. We wanted a really rustic, really inexpensive product that would allow the kids to be crazy and still have it look good. So I ordered 6'' wide, 3/4" thick plain pine planks. They are kiln dried and are NOT tongue in groove. We installed 3/4" plywood to the concrete with glue and then stapled the wood planks to the plywood.  Stapling them allowed us to pry the boards that were slightly crooked closer together for minimum gaps. The total amount for flooring ended up being about $2 a square foot. That's dirt cheap if you haven't priced out flooring. After they were stapled, I stained them dark walnut from Minwax and did one coat of polyurethane. Now that I've lived with it for a while, I'm still pretty happy but I should have done 3 coats of poly after. We just didn't have the time for it. If you want perfect, pristine floors, these are NOT for you. My kids distress them and they look more aged. They get crackers in the gaps and I vacuum them out once a month or so. But they also look like they belong in an old cabin which I absolutely LOVE. And I mop once or twice a month, they hide dirt so well.

Moving on, we had beautiful carrera marble installed and I'm still in love. The biggest problem I've had has been slight clouding from oily foods. But again, I'm not a perfectionist so I don't even remotely care. The marble broke on one side but I think it was from a natural vein that made it weak. We haven't replaced it yet, we just kind of glued it back together. We are going to install butcher block on that side that matches the island legs some day. The backsplash is regular white subway tile from Home Depot and has a medium gray grout.  The cabinets were painted with Benjamin Moore's advanced paint. This paint is the BOMB. It has all of the good properties from other paints. It self levels like an oil, cleans up like a water based, and dries hard like an alkylid. Love, love, loved working with it. The hardware on the cabinets are from Martha Stewarts line at Home Depot. The paint color is "Chocolate Froth" from Home Depot. It's a Behr color and I love it. It's a true greige. It looks great with browns and grays. If you don't have a ton of natural light, try the color just darker, "Wheat Bread".

Ok, the island. I've gotten so many questions about this so I'll try and provide as much info as possible. Like I said before, I ordered the rubber edging mold from Expressions limited. It was the most expensive part of the island. I think the reason why it failed the first time was because it dried too fast. It was partially in the sun and it was hot for March. Once we saw that it cracked, we ordered more concrete so we could pour it in place the second time around. The island legs were spun out on the lathe by my husband. I bought the 6" thick wood from a guy on craigslist who pulled reclaimed beams out of a renovation. We used a silhouette screwed to a board to make them all the same. I posted a video to instagram of him cutting them out a while ago. It's kind of hard to explain. Here's a bunch of after photos! 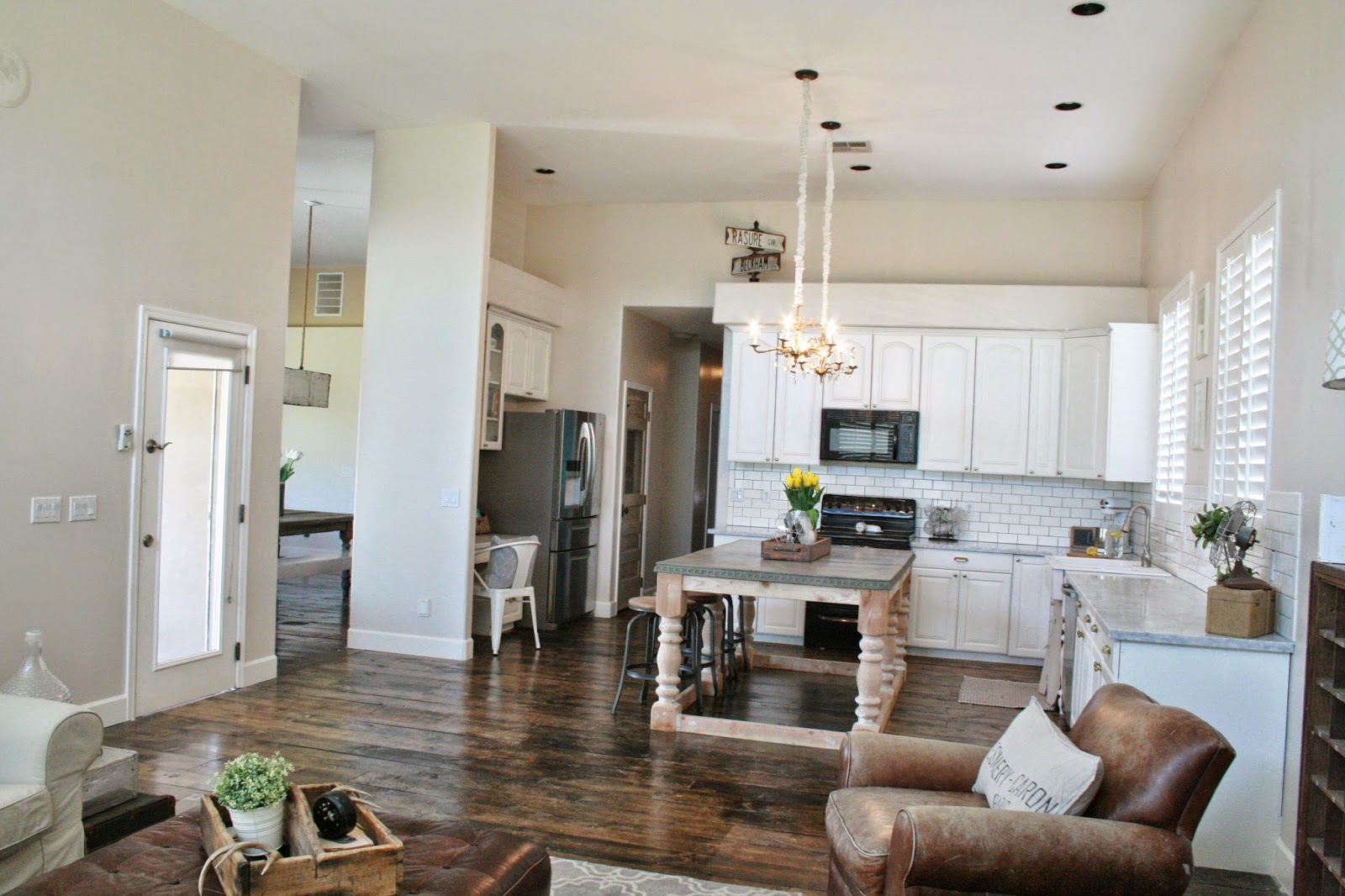 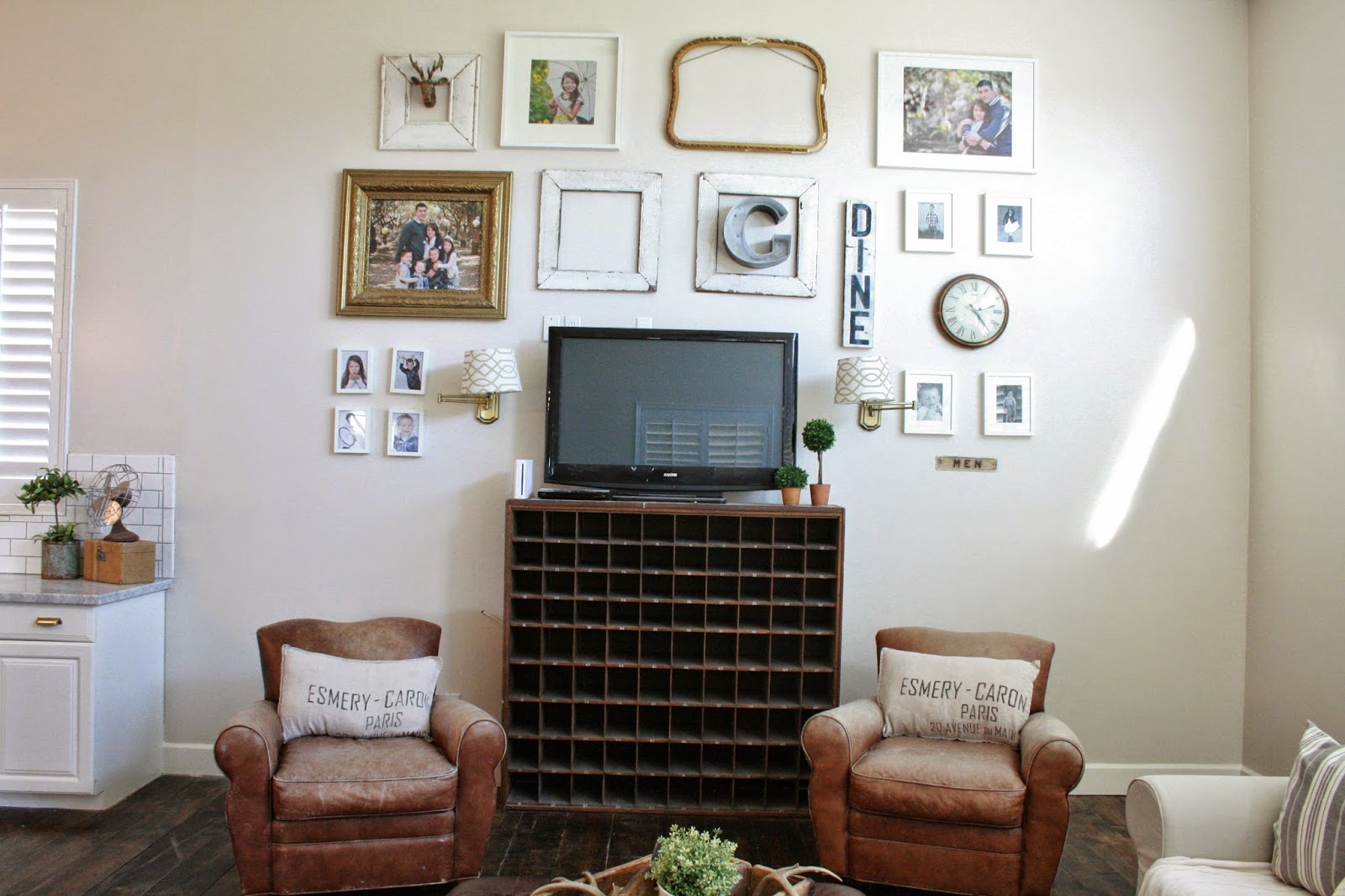 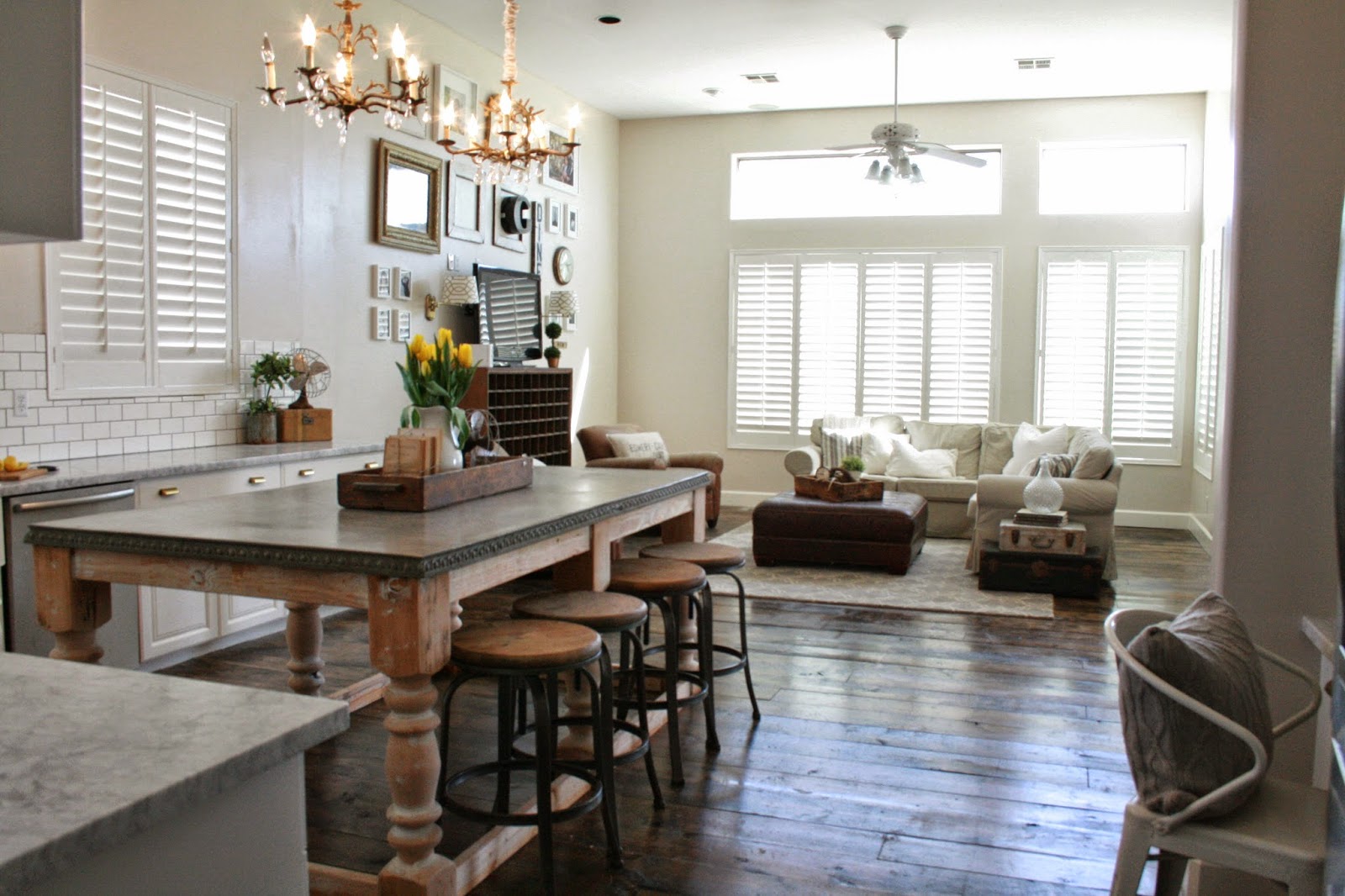 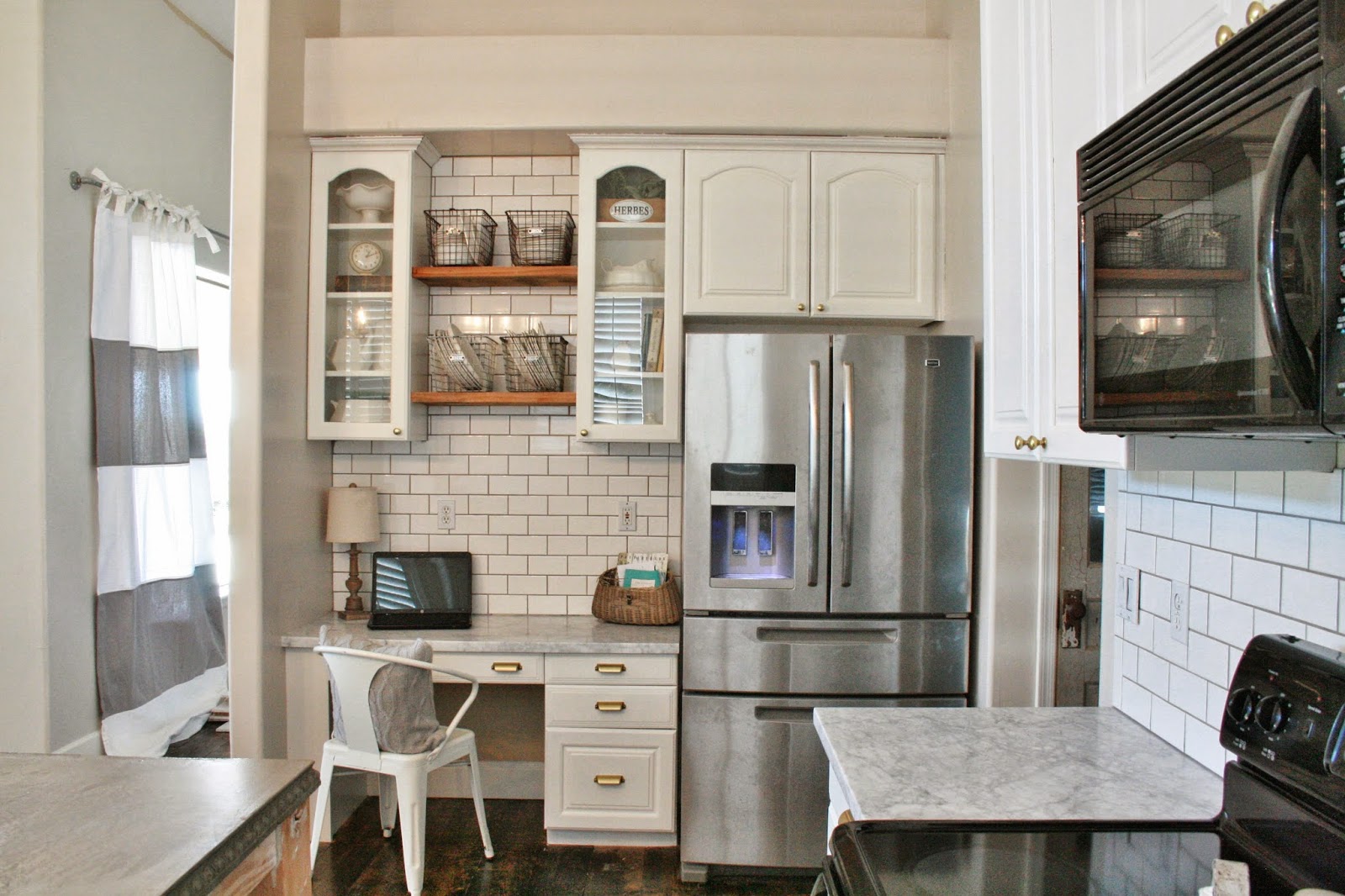 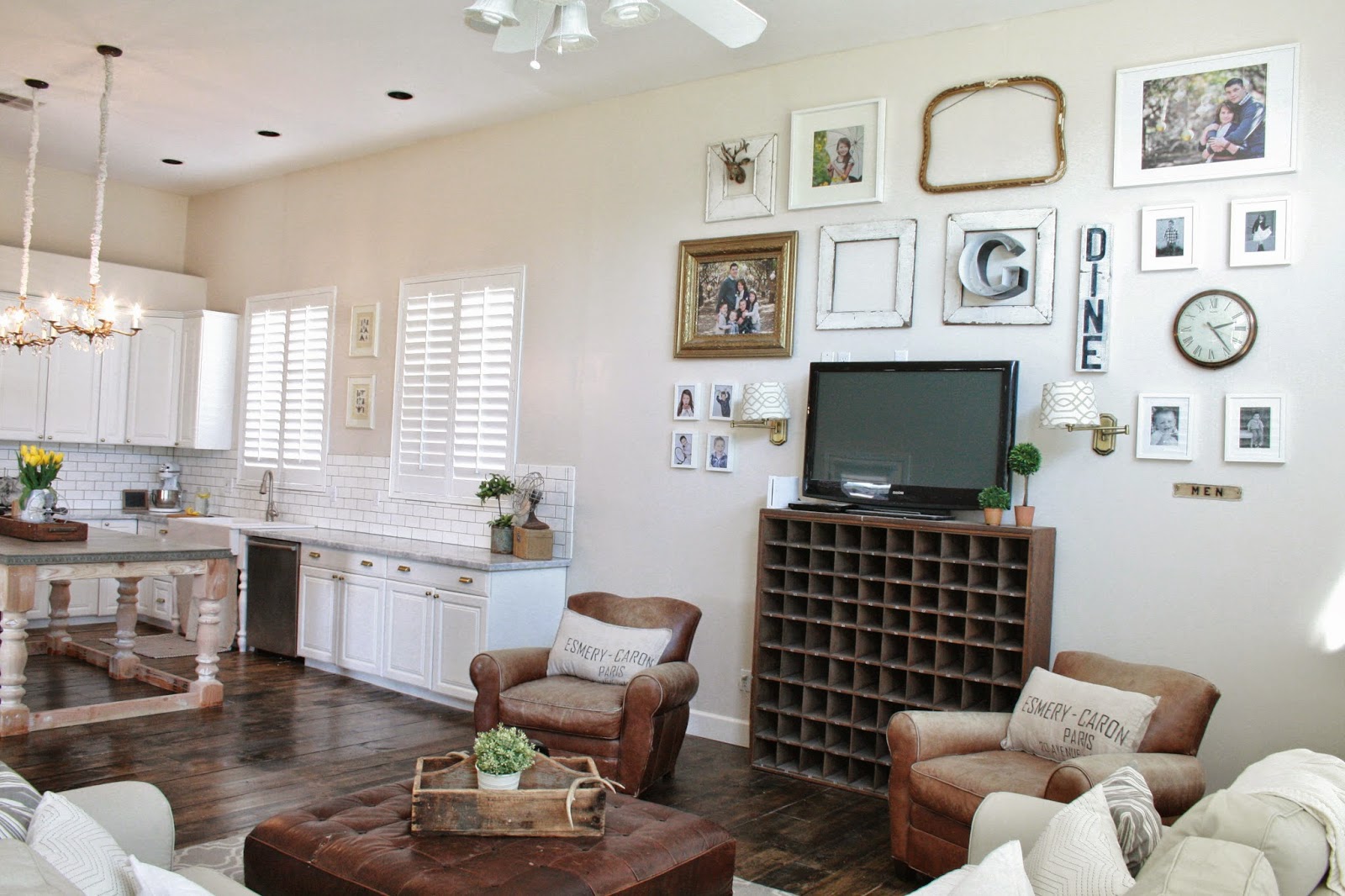 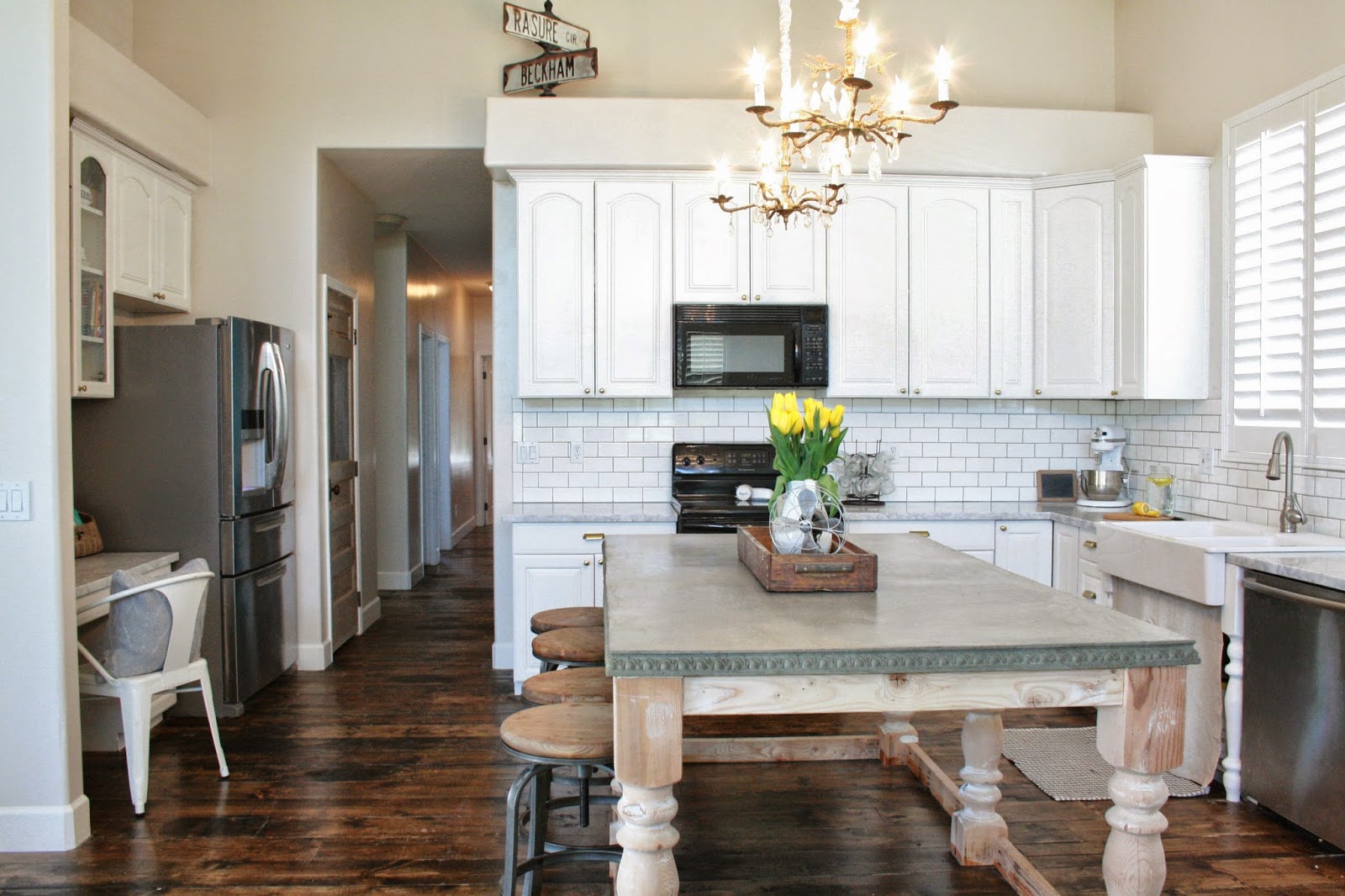 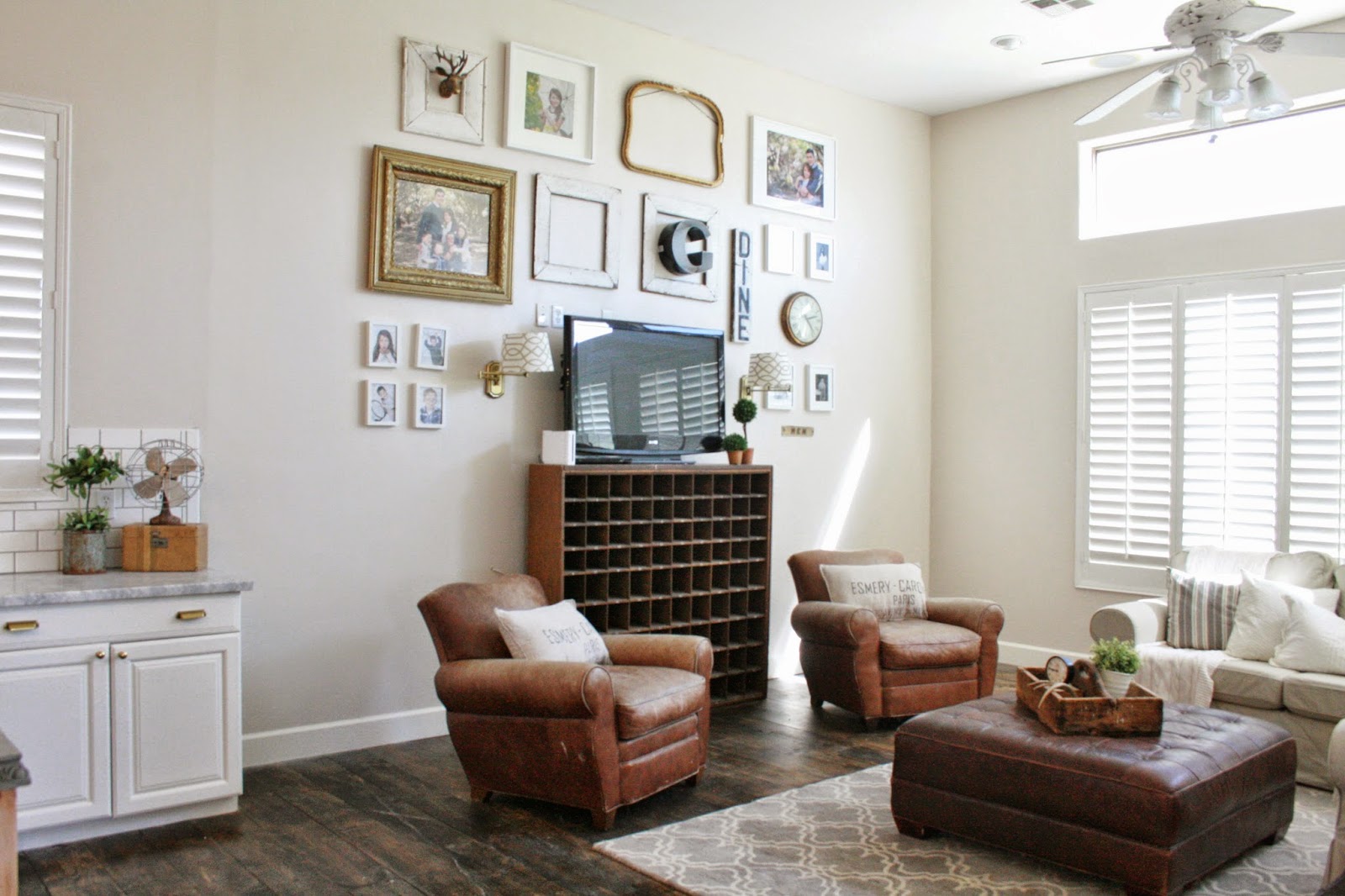 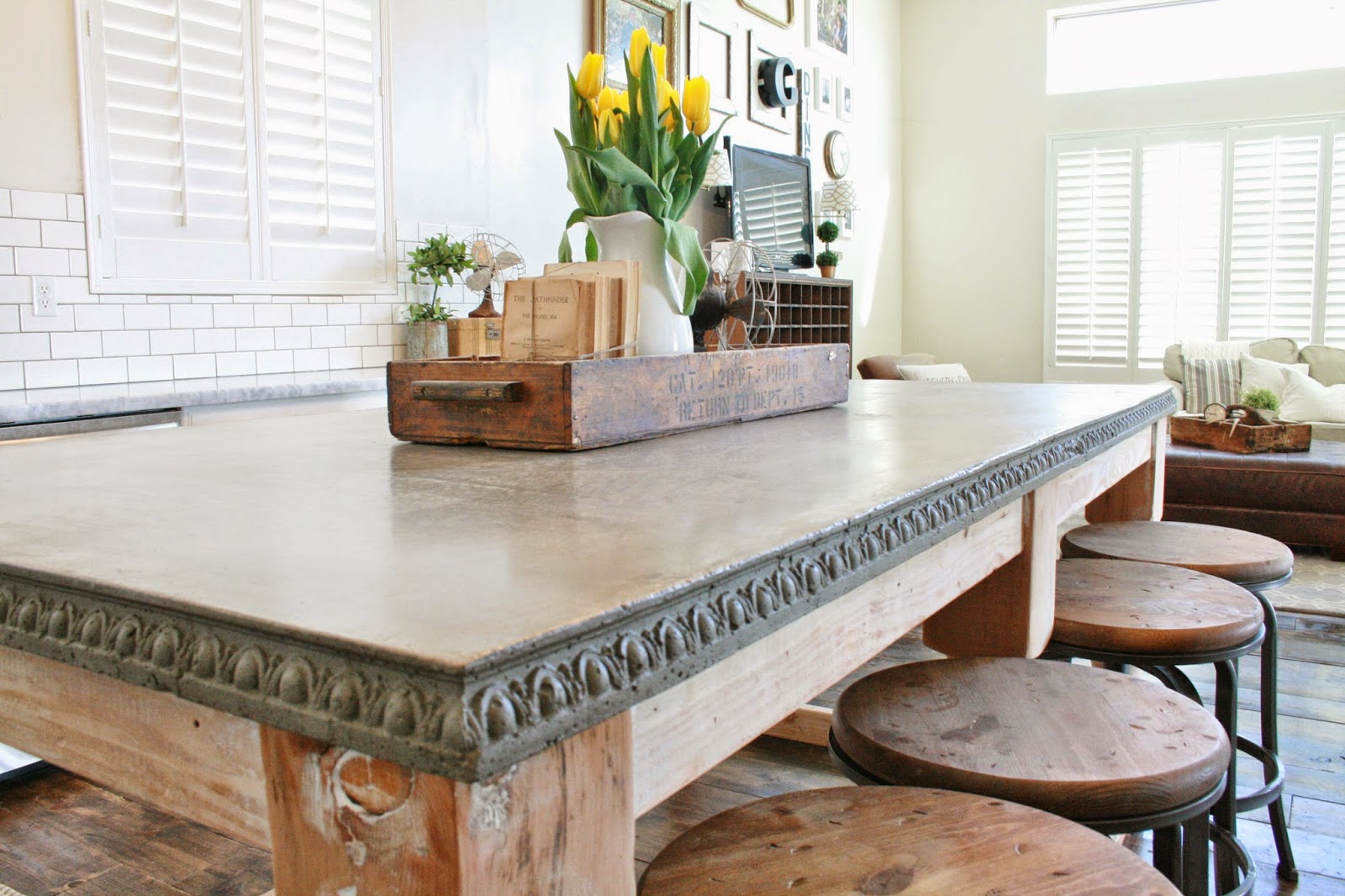 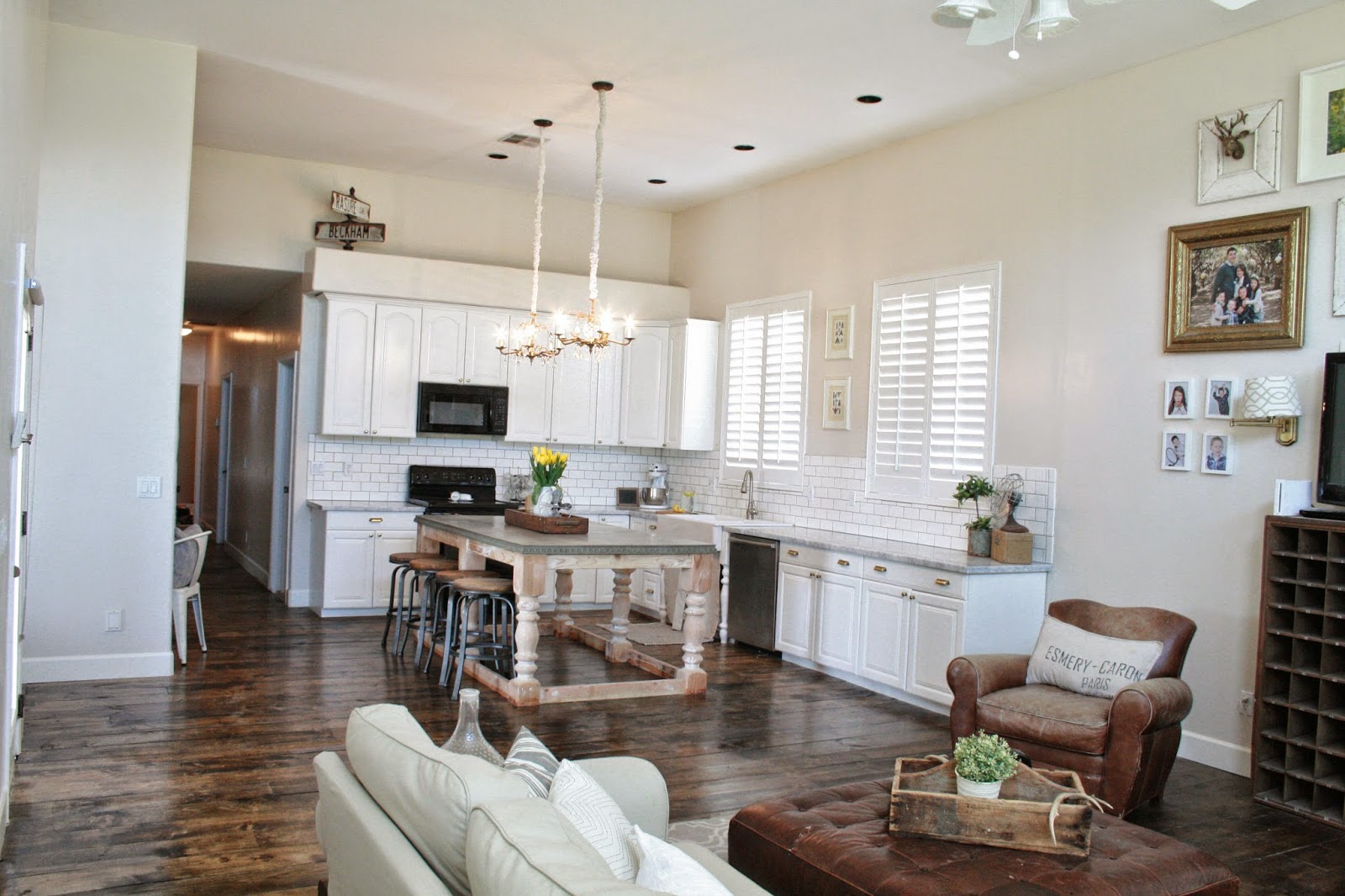 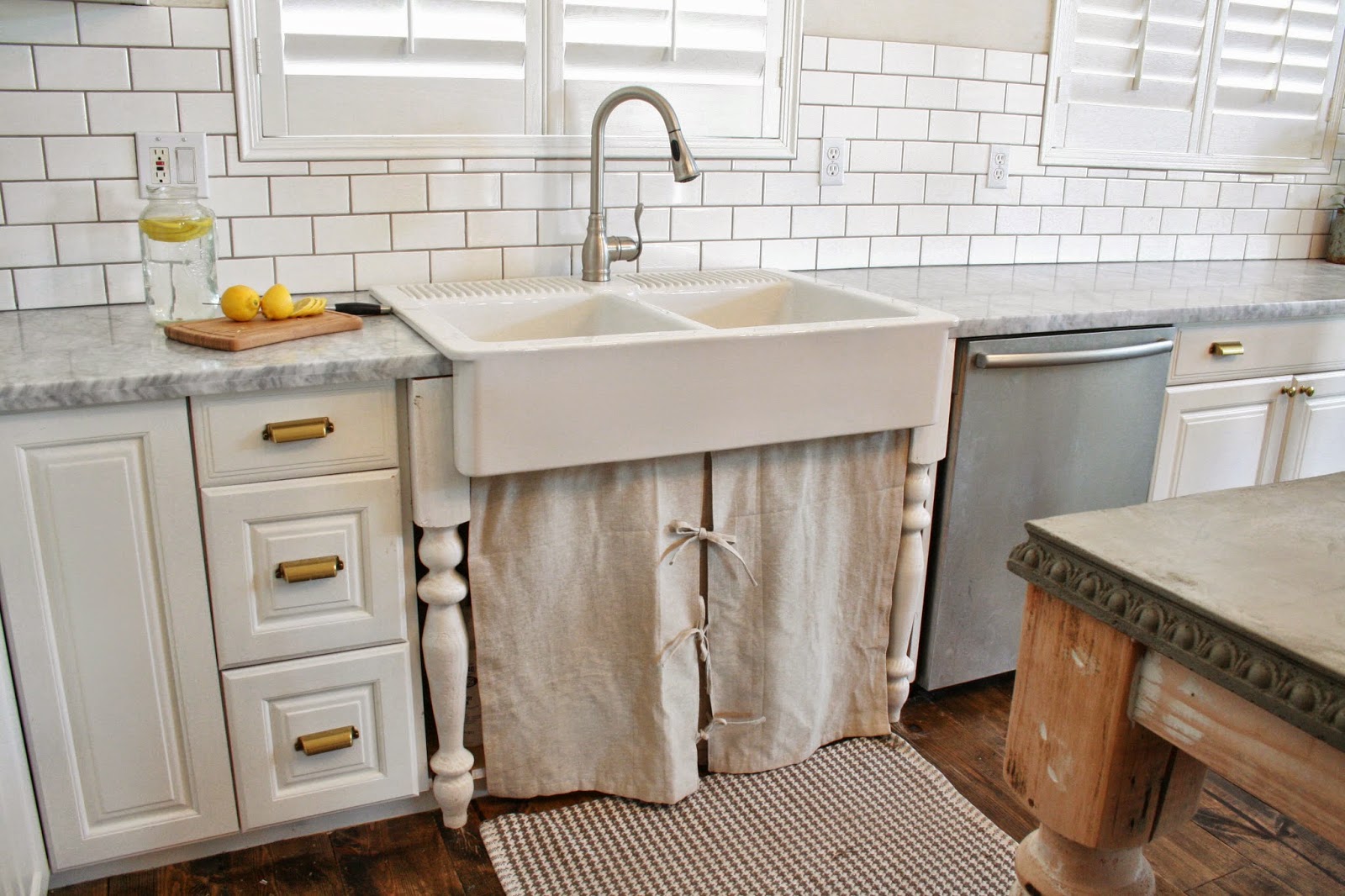 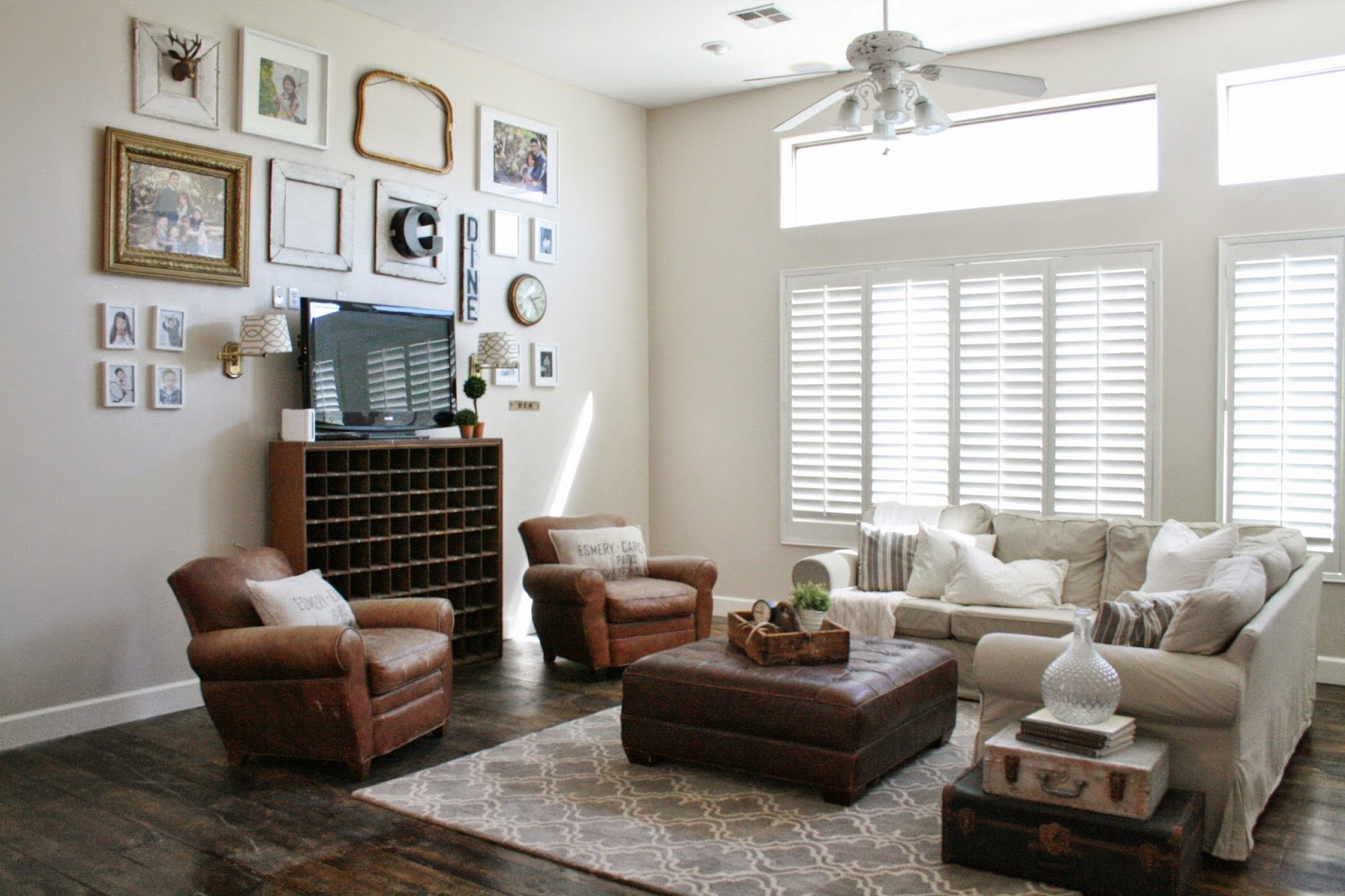 I think that's it. We are still planning on making a reclaimed hood, getting a different stove and making a few design changes to the island but other than that, I love the changes we made! If you have any more questions, feel free to comment and I'll answer it in the comments as well. I know it's so much information. Thank you for reading if you made it this far!

If you're reading this, I applaud your loyalty.

Sorry I've been MIA. But you guys. I forgot how to blog. For reals. It's been so long that when I started typing my blog name in my web browser, IT DIDN'T PULL UP! And then I just sat staring at my dashboard going "Well Crap" and "What does the pencil do again? Oh! Sweet!" And don't even get me started on not having auto correct.

Anywhooskis, I can think of a million reasons why I haven't blogged. Here are 3 to make my point.

Number 1. When we moved into the new house, we immediately renovated our great room. It was being filmed for the T.V. show Renovation Realities and I'm not supposed to post pictures until it airs. Which happens to be September 20th at 9pm on the DIY network. Watch it. I'm positive you'll laugh at me at least once. And that's all I'll say about it. (ahem... disgusting sewer water right in my mouth ahem...)

Number 3. My backspace button broke. I can't make this crap up. It's a total pain in the you know what to type anything. I literally have to highlight the whole word and start over if I misspell something or forget an apostrophe. It's so dumb.

Ok, so it's mostly because of number 3. However, as I Instagram away, I feel a void in my life. The desire to write self proclaimed witty run on sentences can't be quenched by IG, Facebook, or Twitter. Plus, my Moms getting too old to see the tiny pictures on IG, so I guess I have to post real ones, from my real camera, wearing real pants. Just kidding, I'll photo shop those in.

Moral of this story is bear with me. I intend on blogging more regularly but I may go into shock and forget my name if I don't ease back into it. I'll leave you with these amazing iphone pictures of a project my husband and I did over labor day.

The before: An old barn door from Flagstaff that had been torn down and hauled out into a field. And old Ship lap that someone listed on craigslist. She wanted $9 a linear foot for it which made the planks around $118 each. What the WHAT? Turns out, she didn't really do the math so when I offered her $20 she happily obliged. 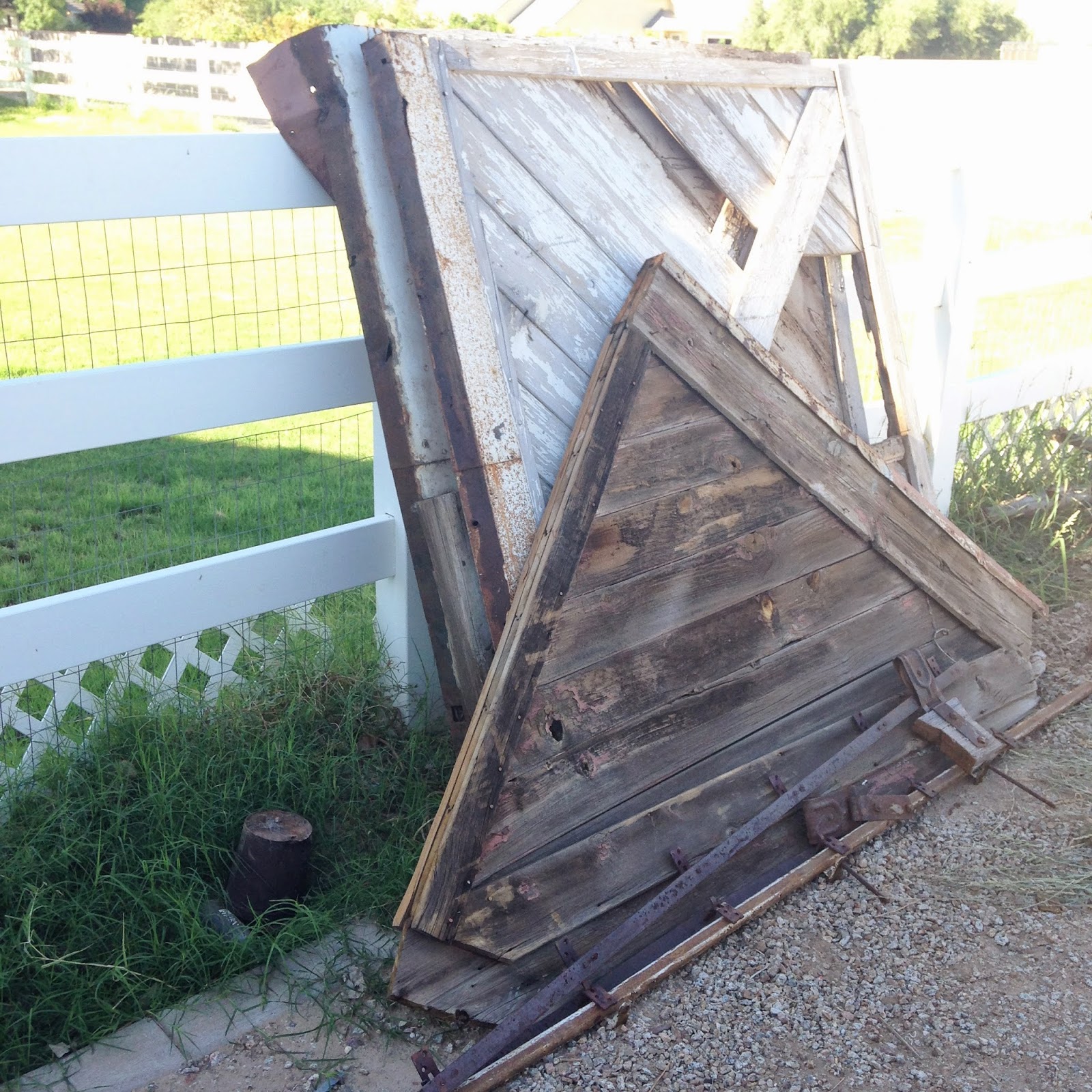 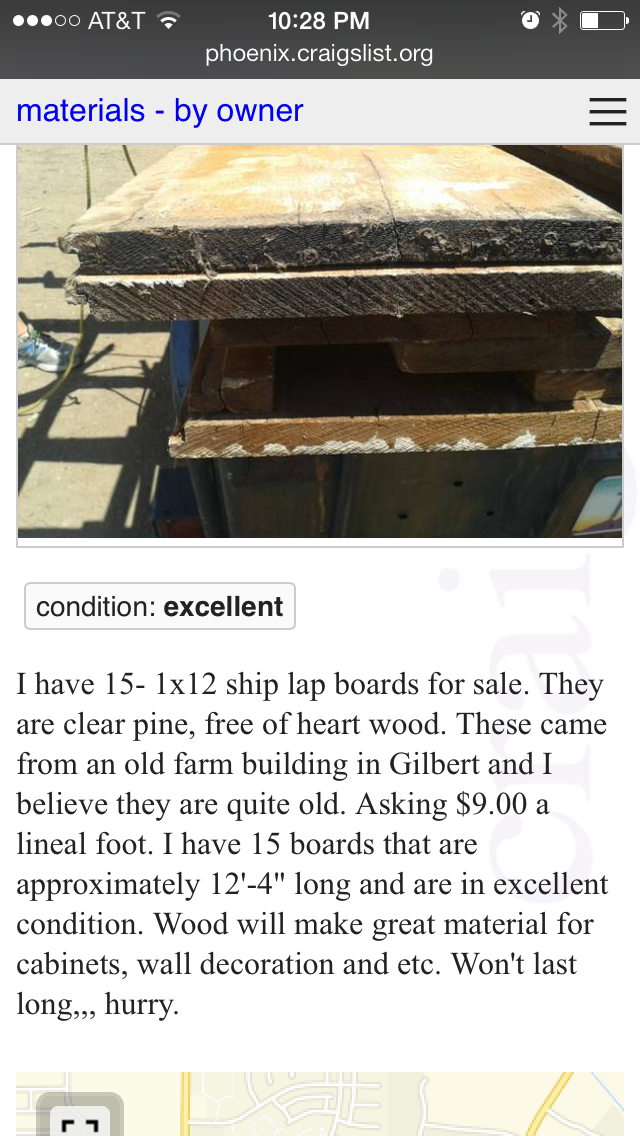 And the after: A media console that is so perfectly rusty and chippy and functional and riddled with lead based paint. But I love it so. 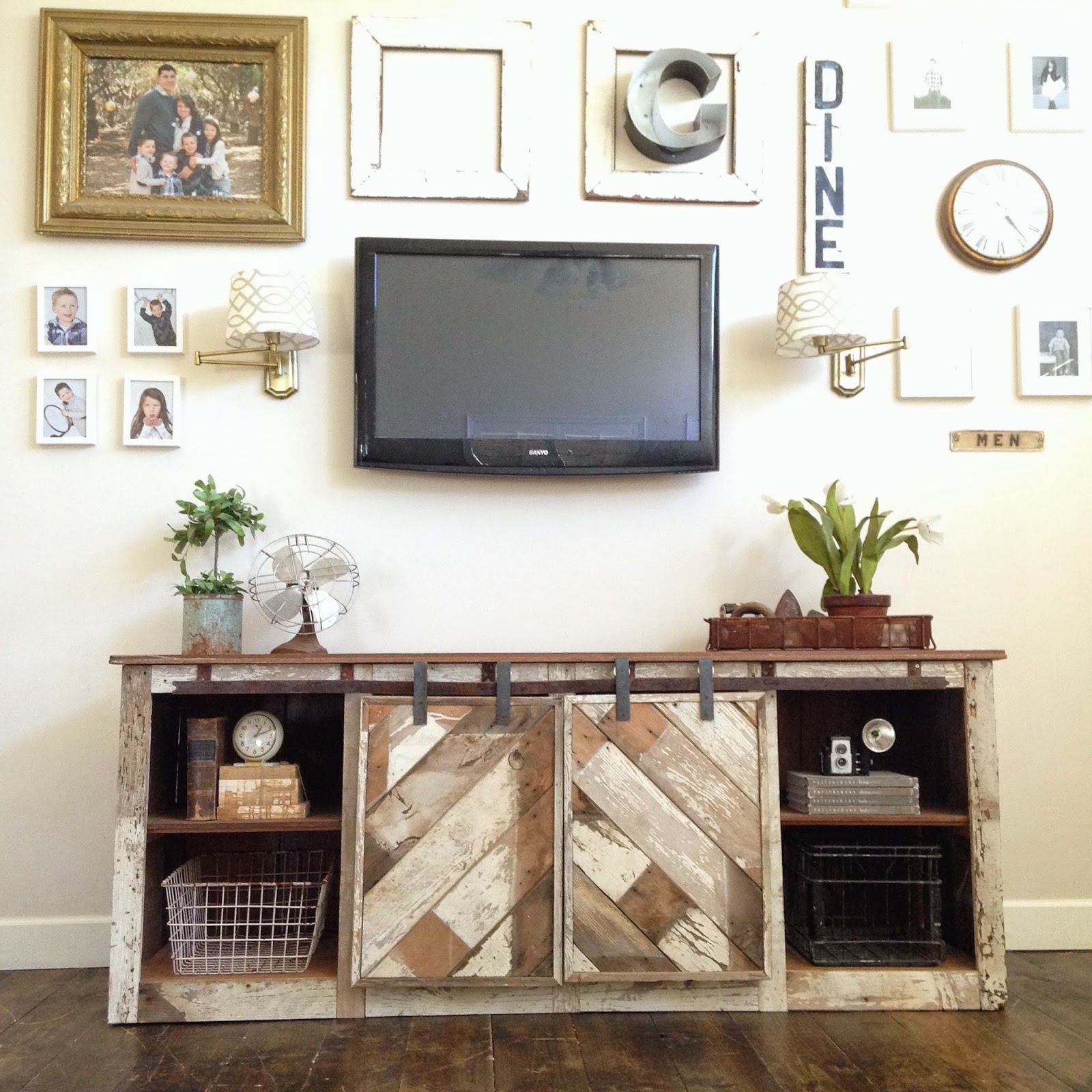 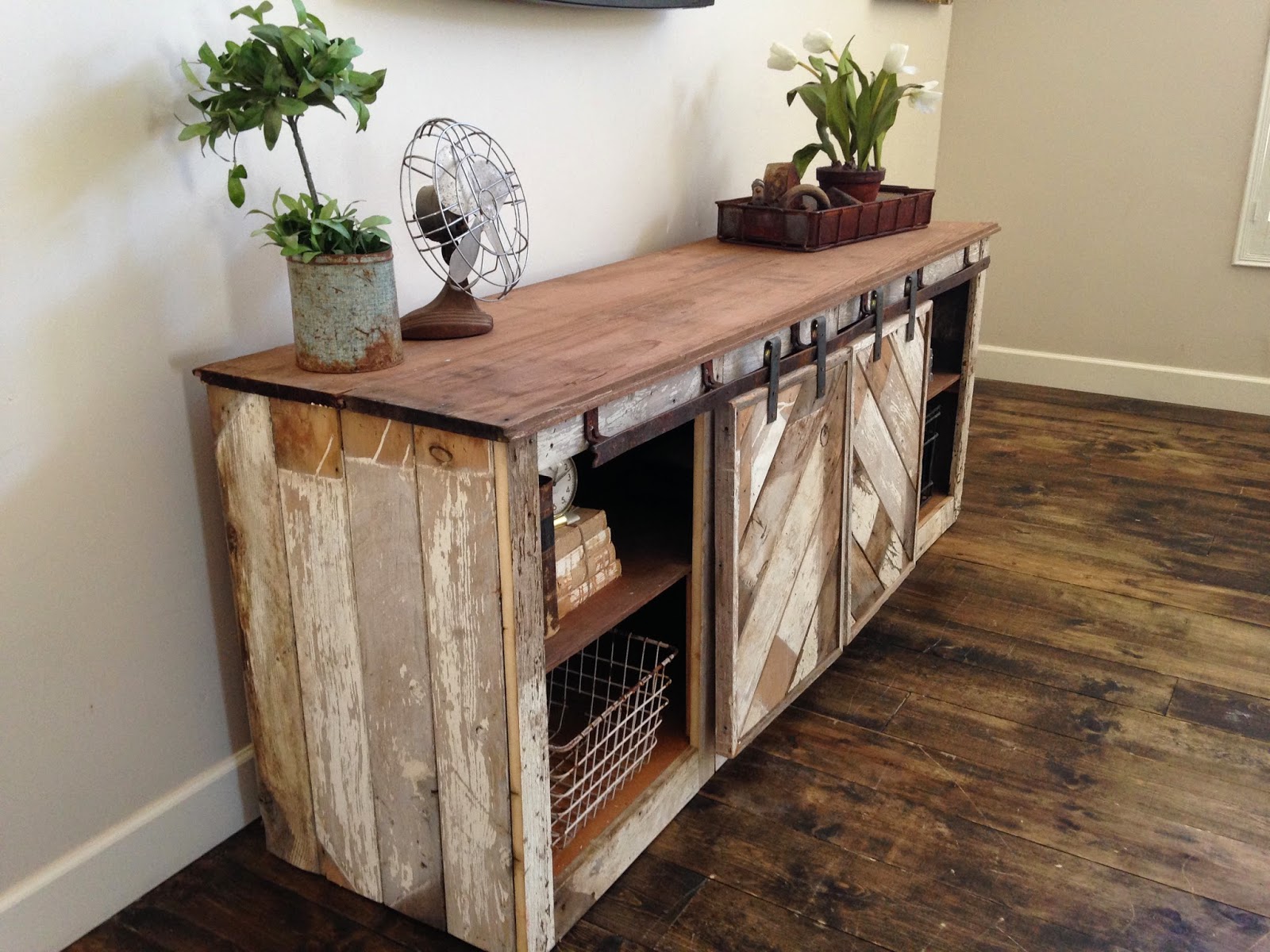 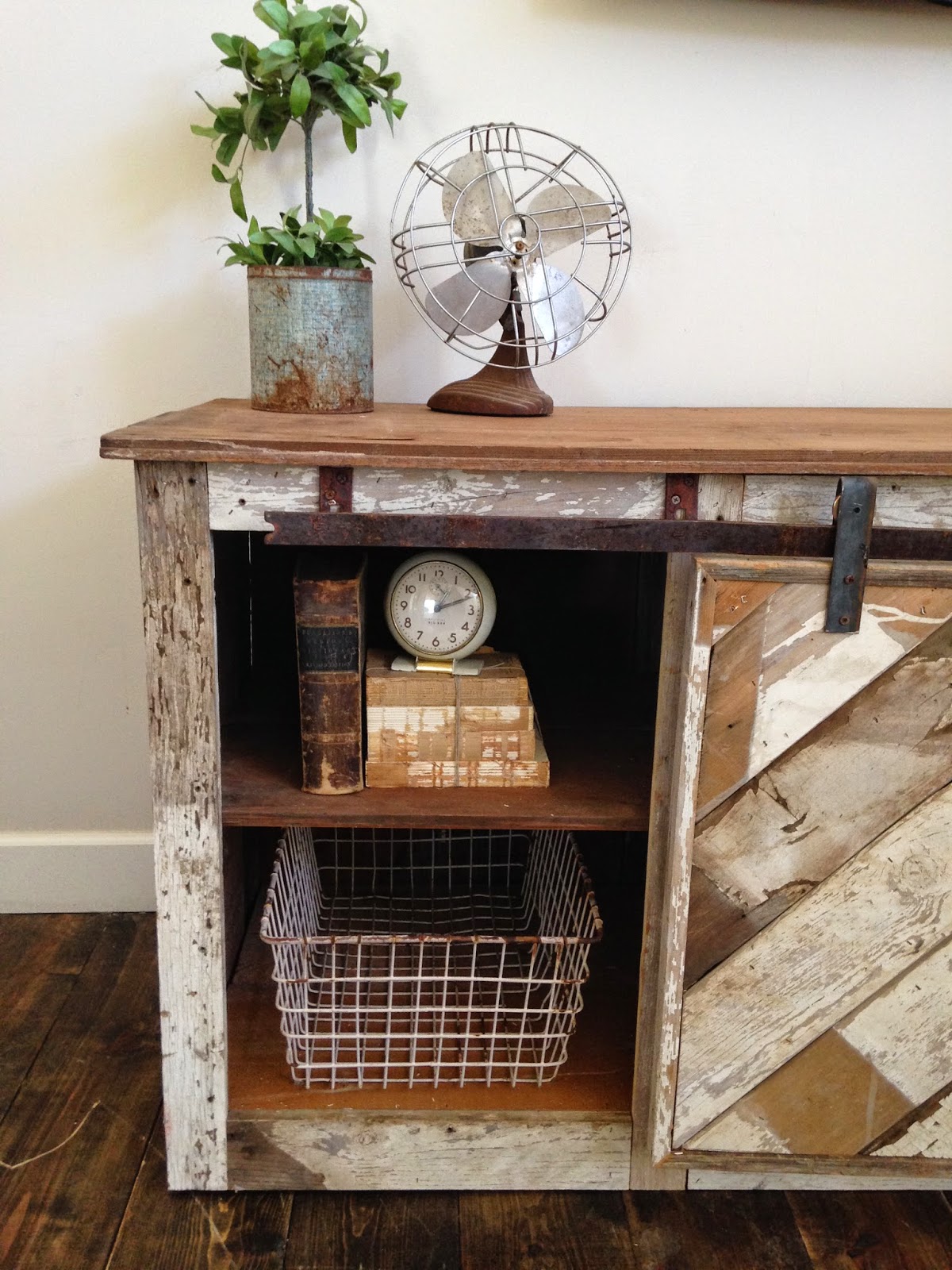 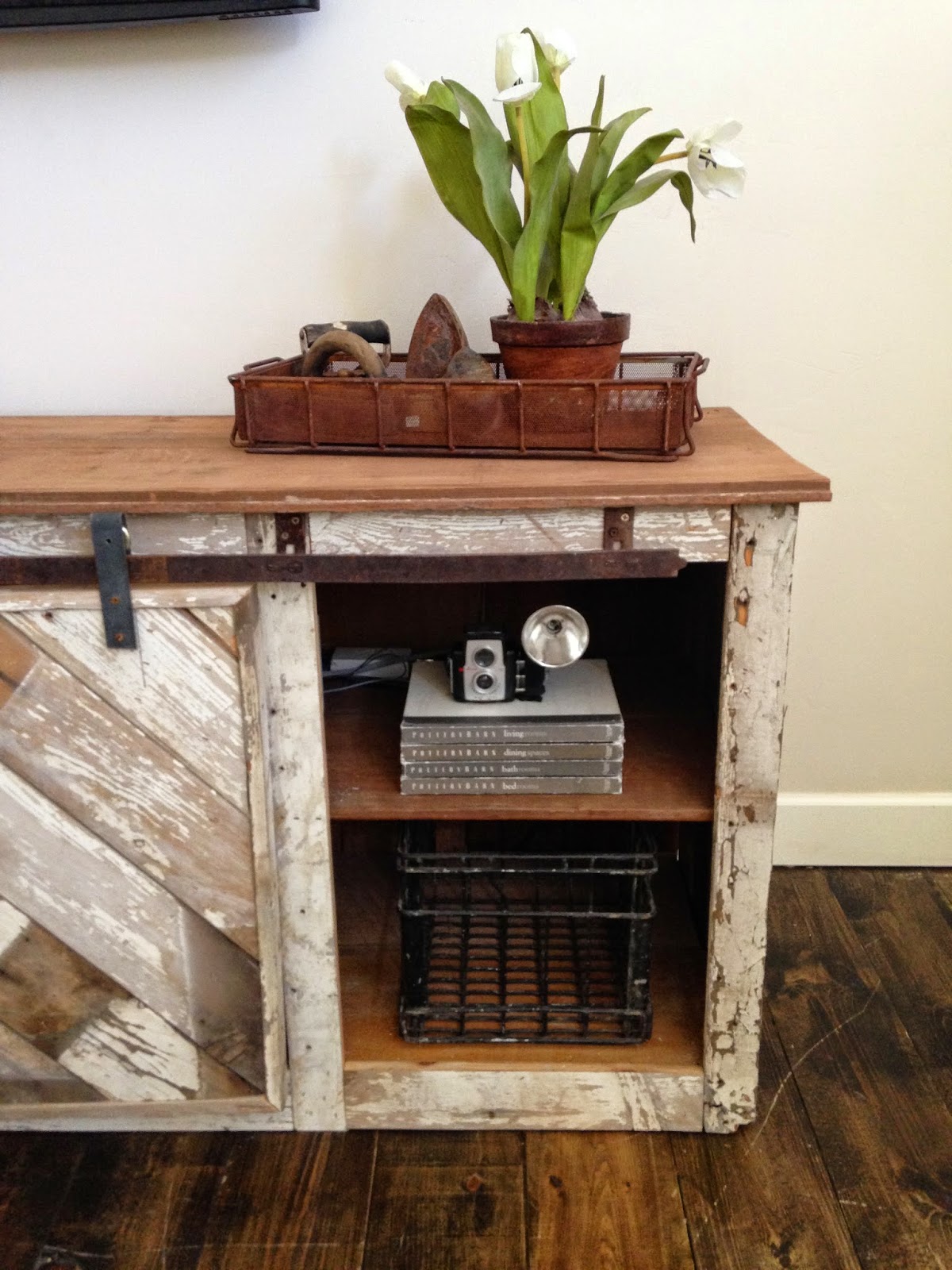 Thanks for not giving up on me friends.