So I've had this idea in my head forever for a light fixture. I've seen tons of ball jars with candles in them but I wanted to actually wire a light bulb into the jar. So my sweet husband helped me rig this one when he was home for leave. And six weeks later, it's finally above my sink.

*I don't speak electric lingo so if you do and hate when people have absolutely no idea what they're talking about, skip this part.* 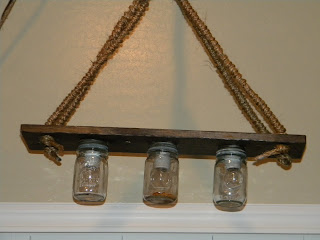 First I took a 1x6 and beat the crap out of it and stained it with a walnut stain. Then I took apart an old chandelier and used the sockets (part the bulb screws into?) and wire for the new fixture. We screwed holes into the top of the zinc lids on a ball jar and used nuts to hold the socket and wire tight to the lid. Then we used epoxy paste and screws to attach the lids to the board. I didn't have a light wired for above my sink so I just used an old extension cord, wired it to the old chandelier sockets and ran it through some eye hooks and plugged it in to the other side of the pantry. I used rope and wrapped it around to hide the extension cord wire but I don't really like it so that'll probably change. 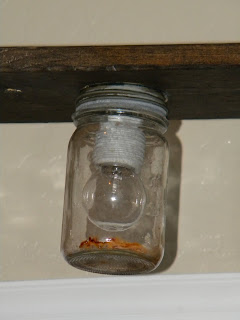 Do you think fire insurance has a home made light fixtures clause if my house burns to the ground? 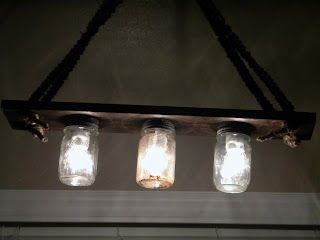 Here is the finished product... 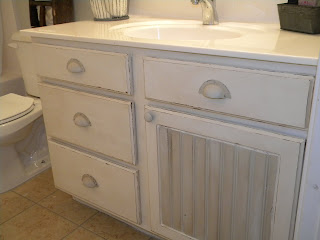 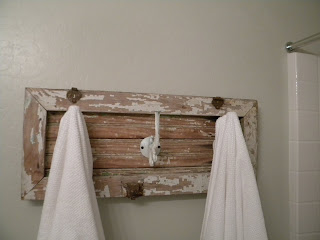 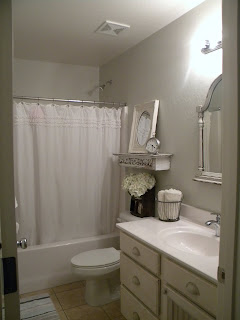 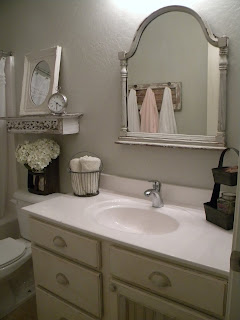 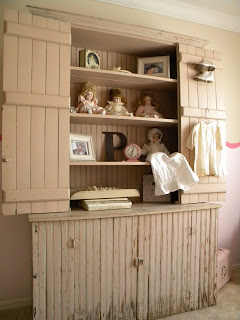 I promised I would post pictures of this cabinet I bought for Paysen's room. It was a splurge considering I wouldn't even think about buying a piece this big for more than $100. But I saw it over a year ago, fell in love, and of course didn't buy it. The owners took it out of the shop, Lizabel's Treasures, and I had to chase it down. But I had no such luck. So a year later I saw an ad on Craigslist saying he had a booth at Lizabel's a while back and I called hoping it was the same guy. It was, and he still had the cabinet! I told my husband it was a sign and we had to bring it home to live with us.
It's a perfect shade of light pink with a hint of blue showing through. But it completely clashes with the room color now, which is a different light pink with dark pink scallops and an antique white on the top. I'm thinking a very light beige is the only thing that will work. What do you say?
It has tons of storage underneath for shoes and toys and all things cluttery 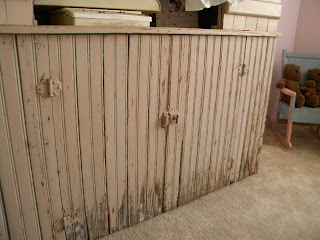 And the thick egg and dart molding really does top it off. I'm so glad it lives with me now. 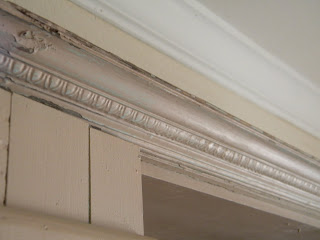 Also, I have to brag about the new antique store that opened up just outside of Sedona. It's called Cobblestone Antiques and my sister Tara and Mom have a booth there. They had 3 or four really cute scales. That's where I scored this beauty... 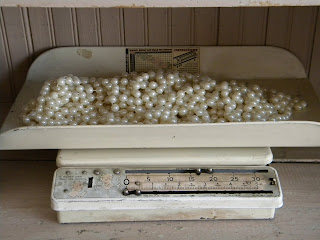 The moral of the story...

So I had a fun afternoon. And I will teach you all the lesson I learned.

When you want to make a pillow, buy the $15 pillow form instead of thinking you could rip apart an old feather one. Because it will take an hour to stuff it and just make your house look like a butcher shop. 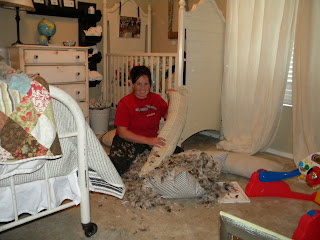 While you patiently await my bathroom reveal (Ok, so I'm probably the only one excited to get it done) I thought I'd share my kitchen woes. Does anyone else have a hard time decorating above your kitchen cabinets? Well, I do anyways. I've never known what to put up there, or if I even wanted to fill up the space. But it always just looked a little naked to me. So I had a dream I stuck a bunch of suitcases and white dishes up there. I know what you're thinking. What kind of an obsessive freak dreams about decorating? 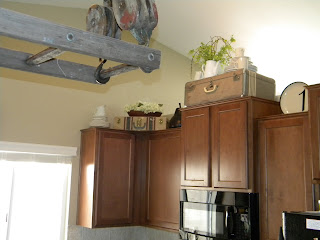 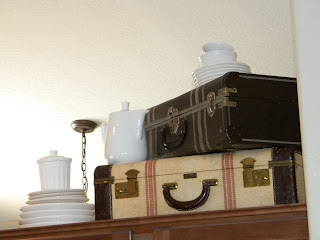 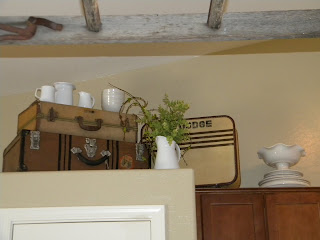 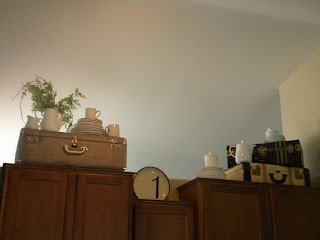 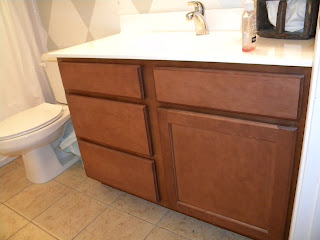 Well, I'm not quite done with this project but I thought I'd post a little teaser. This is my guest bathroom. I want to refinish my kitchen cabinets and thought I'd try it out in my bathroom first so I don't mess up all my cabinets. I like them so far, I just need to get some more knobs and finish painting the walls. I only have from about 7:30 pm till I pass out at 11pm to work on projects like this so the babies won't get in the way. Because if I can't figure out how to get into a gallon of paint, my two year old will in record time.
After-ish 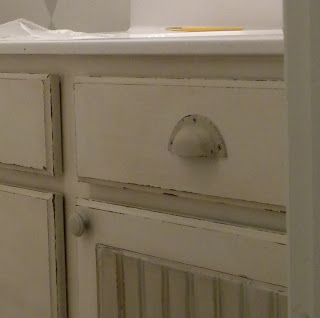 Sorry for the absence, turns out you can't work on very many projects when you just had a c-section. I tried, but my family threatened to take away my birthday if I even got off the couch.

I actually did two projects last Saturday. My mom came down to help me clean out my garage and I built a little shelf for above my tv. If you don't park in the shade in Arizona during the summer, you risk burning your own fingerprints off on the steering wheel. And don't get me started on belt buckles the same temperature as lava. So now I can park in my garage. Thanks mom. And Tom for installing my garage door opener.

And this is the shelf. I wanted it to look more like an entertainment center instead of just a table. I used two big corbels painted black, attached it to a 1x8 and used L brackets to fasten it to the wall. I used one of my old black shutters for some visual interest and stuck 9 old canning jars with candles in them on the shelf. 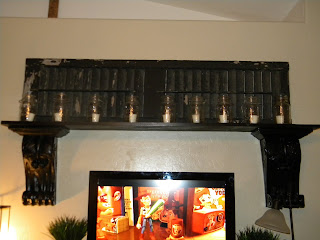 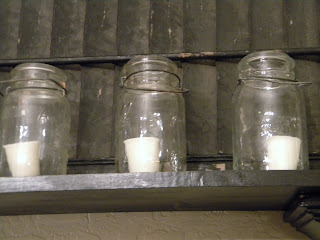