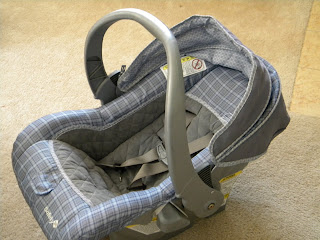 Well, I went with the second fabric choice. I needed a project to do while I was watching 8 hours of t.v. (LDS General Conference) so I decided to recover Pattens car seat. Instead of doing a big bulky slipcover using 2 yards of elastic, I just seam ripped the old car seat, used it as a pattern for the new one and sewed it together. The old one was grungy and sun faded and had to go. I hope he doesn't have to go into counseling when he's older because there were flowers on his car seat. That way I can use it for the girl I'll probably never get again.
After 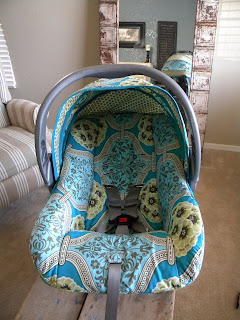 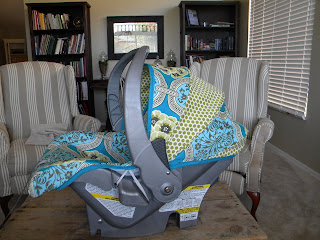 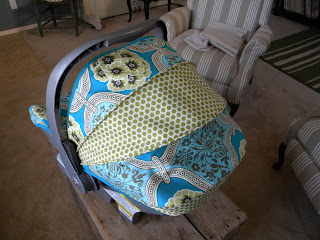 Tara here, as well. I was cleaning out my picture folders and found the last carseat that Nikki recovered as well, so I'm posting it as sort of a post-script. 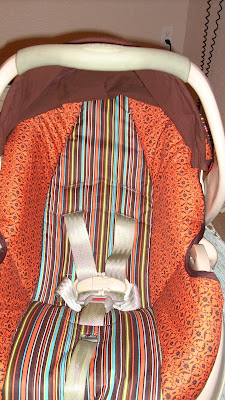 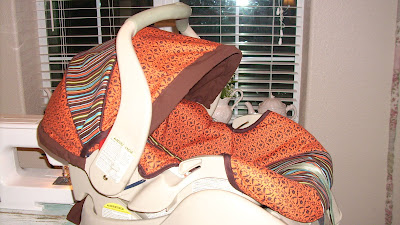 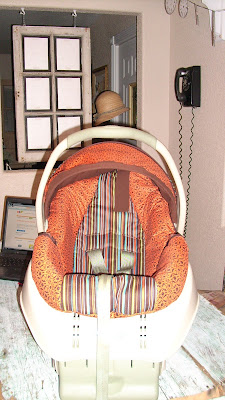